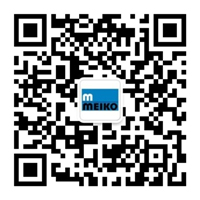 With Dr. Eric Weiss at the head, Meiko Maschinenbau GmbH & Co. KG has restructured its business structures for Southern Europe. The new subsidiary Meiko Ibérica in Barcelona is part of the restructuring. Its opening was celebrated at an opening event with 50 Spanish partners.

Since 2012, Dr. Eric Weiss has been managing director of the Italian subsidiary of the hygiene expert from Baden-Wuerttemberg. Weiss, who has a PhD in business administration, is now also responsible for the markets in Portugal, Spain, Greece and Malta. We are looking forward to this challenge and are absolutely optimistic with a strategically strong team," says the new head of Southern Europe. Dr. Weiss gained his experience in the industry with the international kitchen appliance manufacturer Enodis, whose Italian subsidiary he founded after having previously been responsible for Southern Europe as General Manager at Werner & Mertz. The German-Italian team will be supported in the respective countries by experienced sales professionals and a network of service technicians trained directly by Meiko.

The Italian Meiko subsidiary has been successfully asserting itself for years in a highly fragmented market in its home country against around 80 providers of professional warewashing technology – and has reached double-digit sales growth in 2016 once again. "Our strategy is to position our high-tech products on the market with strong communication skills," explains Weiss. His success indicates he is right: "Our customers are increasingly turning away from the low-price segment and want innovative, high-quality technology. Eric Weiss and his team are motivated by the fact that these demands are repeatedly met by "Made in Germany" and proven Meiko innovations: "With the latest machine models M-iClean U and H as well as the Upster series, we have once again gotten tailwind from Germany, which positions us very clearly as innovation leaders in the countries we operate in."

This will also be reflected in Spain, where Meiko Ibérica, the latest Meiko subsidiary, has begun operations. The premises in the heart of Barcelona include offices, training and exhibition rooms as well as a warehouse to guarantee the provision of service and support locally people have come to expect from the company. More than 50 partners attended the opening event in Barcelona on 21 November, attesting to the successful presence of the expert for wash, cleaning and disinfection technology on the Spanish market for several years. The participants reflected the entire spectrum of Meiko partners and represented, among others, the hotel and gastronomy industry, hospital and care facilities, the marine segment and a broad range of services.

In addition to the personal exchange and getting to know each other, presentations on market orientation, the service portfolio and the range of machines were on the agenda. The machines were able to be extensively tested on site – including the new M-iClean H hood type dishwashing machine. With the restructuring of the Southern Europe business and the new subsidiary Meiko Ibérica, the value-driven company hailing from Offenburg is taking a further step towards internationalisation and is now active in more than 90 countries worldwide.